Add to wishlist Add to compare
PSB T6 Floor-standing speaker
Regular Price Rs.0.00 Sale Price Unit price: Rs.0.00/
I am a big believer in supporting events promoted by specialty audio retailers. They reinforce the idea that audiophiles and manufacturers—even reviewers—are parts of a vibrant community that believes that listening to music with the highest possible quality is one of the more important things in life. The "Music Matters" evenings arranged by Audio Advice in North Carolina, Definitive Audio in Seattle, and Listen Up in Colorado exemplify that idea, and it was in April 2015, at Listen Up's Denver store, that I used a pair of PSB's new Imagine T3 tower speakers to play the audience some of my own recordings. The T3 superficially resembles PSB's Synchrony One, a speaker I very favorably reviewed in April 2008, and I was equally impressed by the new flagship—impressed enough to request a pair for review.

Imagine thisThe Imagine T3 costs $7498/pair—significantly more than the Synchrony One's $4500/pair. But with its gracefully curved, veneered enclosure, formed under pressure from MDF laminations that now include the front baffle and taper to a rounded spine at the rear, the T3 is a gorgeous-looking piece of furniture compared to the Synchrony One's more prosaic look. The top panel is now gently curved. And the difference goes more than skin-deep. While the drive-unit complement is the same—three woofers, a midrange unit, and a 1" tweeter—the woofers are now 7" units with cones of compressed felt and fiberglass, and the midrange is now a 5.25" unit, with a cone of the same material. The tweeter is a hand-selected version of PSB's titanium-dome model, which has ferrofluid-cooling and a neodymium magnet. The woofers are constructed on a die-cast aluminum chassis, and have a copper shorting ring over the magnet pole-piece to reduce third-harmonic distortion, and a motor with a symmetrical magnetic field to reduce second-harmonic distortion.

While the Synchrony One's woofers were positioned at the top, middle, and base of the front baffle, the Imagine T3's all lie below the tweeter; it is now the midrange unit that is at the top, in its own subenclosure. But like the Synchrony, each woofer is loaded with its own vented subenclosure with a port firing from the rear panel. The placement of each woofer on the front baffle, the tuning for its port, and its low-pass filter have been arranged to eliminate the usual "floor dip" in the response that results from destructive interference between the drive-units' direct sound and the reflection of that sound from the floor.

ListeningSome speakers make a positive first impression because they do one or two things really well; it can take time to grasp that those may be the only things they do well. By contrast, while a speaker that is truly neutral (to use a controversial term) simply steps out of the way of the music, it may well not sound "impressive." PSB's Imagine T3 is an example of such self-abnegation. Once I had the T3s optimally set up, I found it very difficult to get a handle on their sonic character—other than simply getting caught up in the music I played. High frequencies? Present in the correct proportion to the midrange. Midrange? Naturally balanced, uncolored, detailed. Low frequencies? Extended, clean, no boom, and in the correct proportion to the midrange. 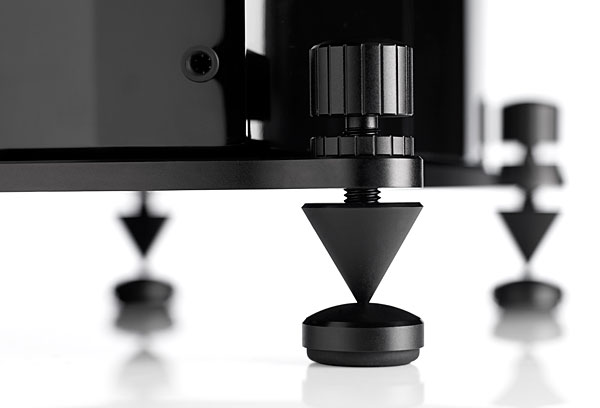 On that setup: I listened to the PSBs without their grilles, and the first music I played was a complete set of Brahms piano trios I'd just purchased from HDtracks, with violinist Christian Tetzlaff, cellist Tanja Tetzlaff, and pianist Lars Vogt (DSD128 files, Ondine). With the PSBs driven by Pass Labs XA60.5 monoblocks, the sound was warm, smooth, and uncolored—but, with all of the T3s' ports open, was also perhaps a bit too rich. PSB supplies rubber plugs to stop one or more of the Imagine T3's ports. In addition, the input terminals for the bottommost woofer can be short-circuited, which, in effect, turns that woofer into a bass trap. I experimented first with positioning, to optimize the treble balance and the stereo imaging, then tried adjusting the bass. I ended up with the bottom woofer of each speaker driven but with its port blocked, which gave the best transition from the midbass to the upper bass. 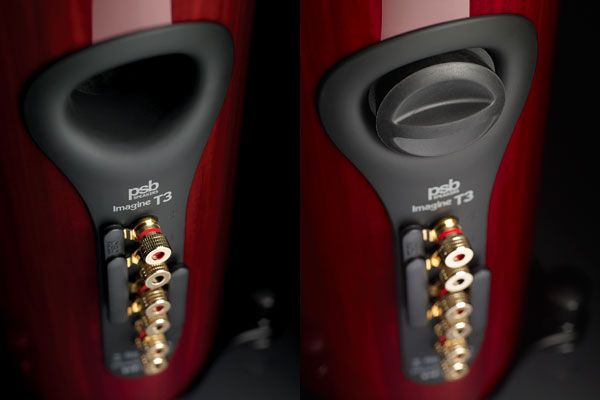 The low-frequency, 1/3-octave warble tones on Editor's Choice (ALAC file ripped from CD, Stereophile STPH016-2) played cleanly down to 40Hz, with the 32Hz tone exaggerated by the lowest-frequency mode in my room. The 25Hz tone was just audible, but the 20Hz tone was missing in action. The half-step–spaced tonebursts on this disc also spoke cleanly, though with some slight emphasis between 500Hz and 1kHz and between 2 and 4kHz, which I could hear with the dual-mono pink-noise track from Editor's Choice. Angling the speakers slightly away from the toed-in positions, so I could just see the inside edge of each speaker, gave the most even treble balance. The central image of the noise signal was narrow at all frequencies and stably positioned, though it changed more with my ear height than the measurements had led me to expect. The smoothest balance was when I sat with my ears level with the T3s' tweeters, which are 37" from the floor. 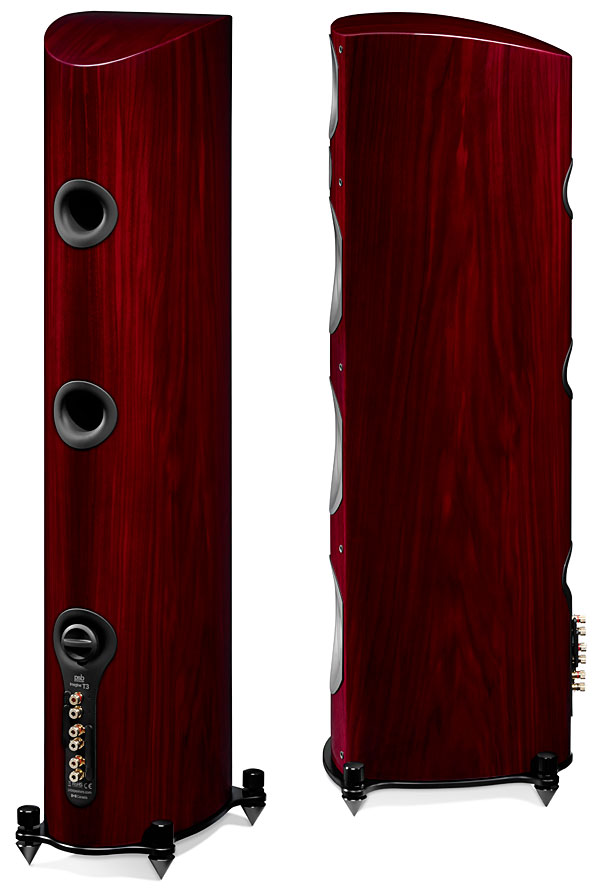 Once optimized for my room, the Imagine T3s sounded spectacular with well-recorded acoustic bass. A guilty secret: I love the French vocal group the Swingle Singers, particularly their transcriptions of music by J.S. Bach, which—another guilty secret—I first got to know through les Swingles' records rather than through recordings of works played on the original instruments. But part of the appeal of the Jazz Sebastian Bach CDs I ripped to ALAC files was the empathetic double-bass lines, supplied by French player Pierre Michelot, who subsequently became a member of Jacques Loussier's Play Bach ensemble and was also the bassist on Miles Davis's L'Ascenseur pour l'Echafaud. I had assumed that much of what Michelot played was improvised, but when I got round to looking at the music, I found that his swinging four-to-the-bar line in the andante of the Sinfonia from Bach's Keyboard Partita 2 in c, BWV 826, was played exactly as written nearly 300 years ago. And the Imagine T3's excellent low-frequency clarity kept nicely separate the sound of Michelot's bass and the male voice that doubles it an octave higher.

However, when I listened to Ray LaMontagne channeling Pink Floyd in the triple-time anthem "While It Still Beats," from his 2016 album, Ouroboros (24-bit/96kHz FLAC file, RCA/PonoMusic), the T3's low frequencies still sounded a touch gruff. I changed to MBL's Corona C15s. These class-D monoblocks took greater control of the Imagine T3's low frequencies than the Pass Labs amplifiers while preserving the T3's smooth, neutral midrange character. The electric bass on the LaMontagne album benefited, but the treble now sounded a tad too forward. I returned to the Pass XA60.5s for the bulk of my listening sessions. 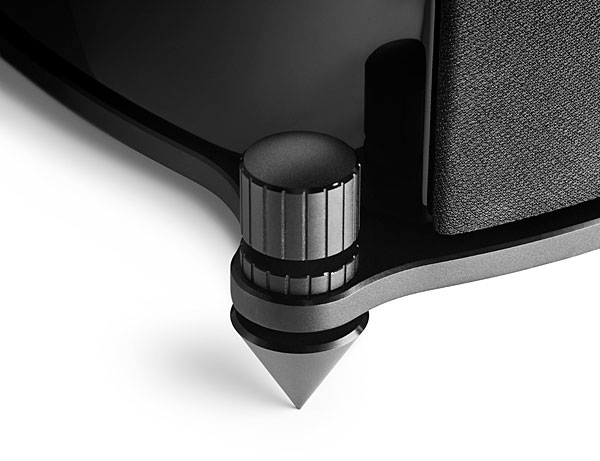 My own choral recordings are always made with the singers performing in a real space. In 2015, I recorded the Portland State Chamber Choir, directed by Ethan Sperry, in the gloriously warm and supportive acoustic of Portland's St. Stephen Catholic Church (footnote 1). One of the works recorded (24/88.2k WAV file) was Water Night, the 1995 composition that established the contemporary American composer Eric Whitacre as a major force in modern music. There is a climax on the word eyes in measure 34, at the end of the phrase "If you open your eyes," where the basses sing a G-flat chord on which Whitacre has superimposed the tenors, altos, and sopranos singing a tone cluster that fills in all the diatonic notes between E-flat4 and A-flat5. I keep returning to that 14-part chord—how could all those stacked, closely spaced notes sound so gloriously tonal?—and through the PSB speakers, gloriously tonal they did indeed sound, yet with sufficient clarity and midrange neutrality for me to pick out the individual notes, if I wished. 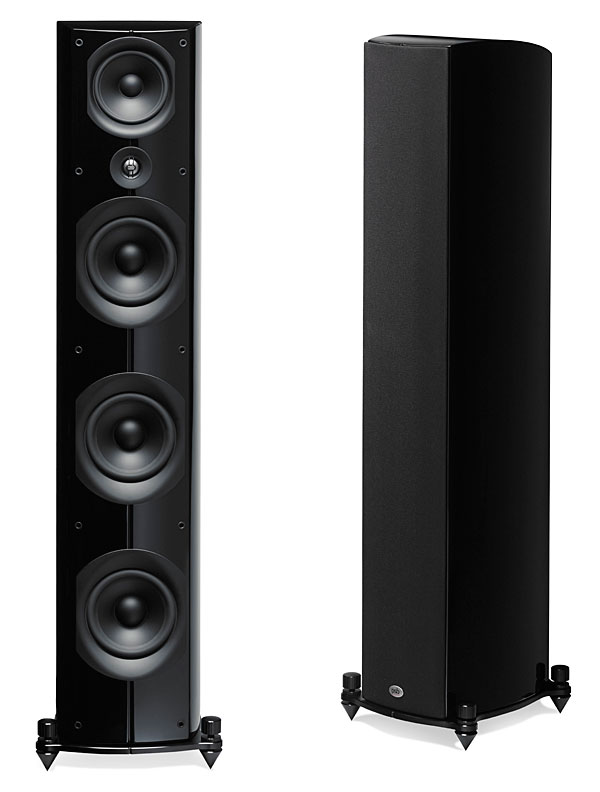