Add to wishlist Add to compare
PSB Synchrony Two C
Regular Price Rs.0.00 Sale Price Unit price: Rs.0.00/
Readers frequently ask me how Stereophile's writers select equipment for review. More often than not, a writer comes up with a review candidate because he's heard it or heard about it, and then suggests it to editor John Atkinson for possible review. JA encourages this behavior—a writer excited about reviewing a component is more likely to produce an article that's interesting and informative. That said, occasionally a review candidate surfaces at Stereophile HQ; in such cases, JA assigns it to one of us. 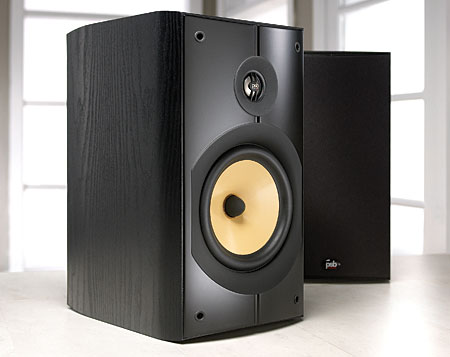 Thrice in the past, JA has asked me to review loudspeakers from Canadian manufacturer PSB: the Image 4T (February 2001), the Alpha B (May 2002) and the Image B25 (December 2004). When he recently called to ask if I'd like to review PSB's new Image B6, I smiled from ear to ear. I'm always excited about reviewing a speaker designed by Paul Barton, the epitome of the designer of affordable loudspeakers. Every one of his products results from intelligent engineering and a sharp eye and ear for value for money. He has been obsessive about improving and revising all of his designs over time, as well as trickling down technology from his more expensive to his more affordable models.

At press time, PSB's two-channel speaker models numbered 16 in five product lines, ranging from the Alpha B1, for $279/pair, to the flagship Platinum T8, for $6999/pair. (I chuckle as I note that Barton's flagship speaker costs less than a pair of some interconnects used by friends of mine.) The two-way, bass-reflex Image B6 is the most expensive bookshelf model in the Image series, which is one notch up from PSB's entry-level Alpha series. Still, it retails for only $495/pair.

In a recent phone conversation, I discussed with Barton the evolution of the Image series. He told me that the Image B6's ferrofluid-cooled, 1" titanium-dome tweeter with neodymium magnet was originally designed for PSB's more expensive Imagine series, and is now used throughout the Image line. Also for the Imagine series, Barton worked with a cone supplier to create a new clay/ceramic-filled polypropylene woofer cone with a rubber surround; a 6.5" version of that cone is used in the Image B6. According to Barton, over the years he's gotten better and better at "the recipe" of voicing and choosing drive-units. His standard for the minimum amount of distortion he'll tolerate in a driver is much higher than it was a few years back, resulting in a lower level of distortion that he'll accept. Describing to me his constant revising of his designs, he said that it "takes trickledown where it should be, and that's where the value is created, because you've frontloaded all of the design work."

The attractive but understated Image B6, designed using the facilities at Canada's National Research Council in Ottawa and manufactured in China, is available in a vinyl finish of Black Ash or Dark Cherry. Its slightly rounded cabinet was developed with tooling that PSB developed, then used in China for the first time with this iteration of the Image series.

The B6 is the first Image bookshelf model to be biwirable. I tested them on my Celestion Si stands, which are loaded with sand and lead shot, and preferred listening to the speakers sans grilles; that way, their sound had more detail, openness, and air.

A ListenThe Image B6's revealing and colorless midrange made it a seductively involving reproducer of classical, jazz, and pop vocals. John Surman's soprano sax on the Paul Bley Quintet's reading of "One in Four," from Paul Motian's Selected Recordings (CD, :rarumECM 8016), was silky, rich, and airy throughout the instrument's range with the PSB. Listening to George Gershwin's Three Preludes, from Yo-Yo Ma's Made in America (CD, Sony Classical SK 53126), I found myself listening not to the master cellist, but rather to—and reveling in—the bloom of pianist Jeffrey Kahane's lower-midrange passages while analyzing his technique during his rapid, delicate, and airy upper-register flights. I'd never heard Paul McCartney's voice sound so natural and mellifluous until I cued up "And I Love Her," from the 2009 remastering of A Hard Day's Night included in The Beatles in Mono (CD, Parlophone PMC 1230) through the PSBs, which let me precisely follow George Harrison's and John Lennon's acoustic-guitar (Gibson J160E?) articulations.

The Image B6's resolution of midrange detail let me easily follow individual instruments in densely packed rock recordings. On Mighty Sam McClain's Give It Up to Love (CD, AudioQuest CADQ1015), I found myself analyzing Bruce Katz's Hammond B3 phrasing, even in passages where he's way down in the mix. Similarly, even in the hairiest passages of "How Am I Different," from Aimee Mann's Bachelor No. 2 or The Last Remains of the Dodo (CD, SuperEgo SE002), I was able to clearly follow each contrapuntal guitar line separately.